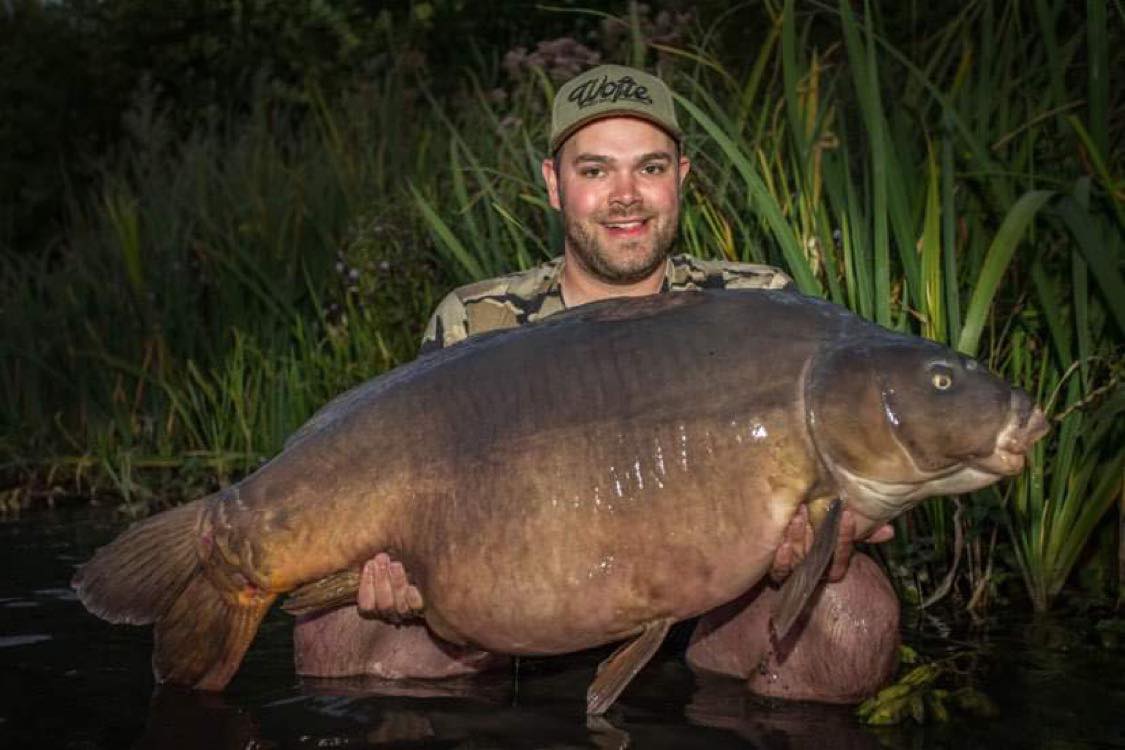 James Day enjoyed a weeks angling over at the French big fish venue that is ‘TELLIATS’ last week, where the saying it’s only takes one bite’ couldn’t have been truer. James says it was the first time the lake had been fully booked out for sometime so the going was always going to be tough seeing that amount of pressure.

James helped himself to a four fish catch which included one of ‘Telliats’ real big ones in ‘The Bear’ at 84lbs. All four fish came to the approach of ‘The Formula + Arctic Crab’ stabilised boilie and plenty of it!

We would like to say a massive well done to James on the capture of this incredible fish!