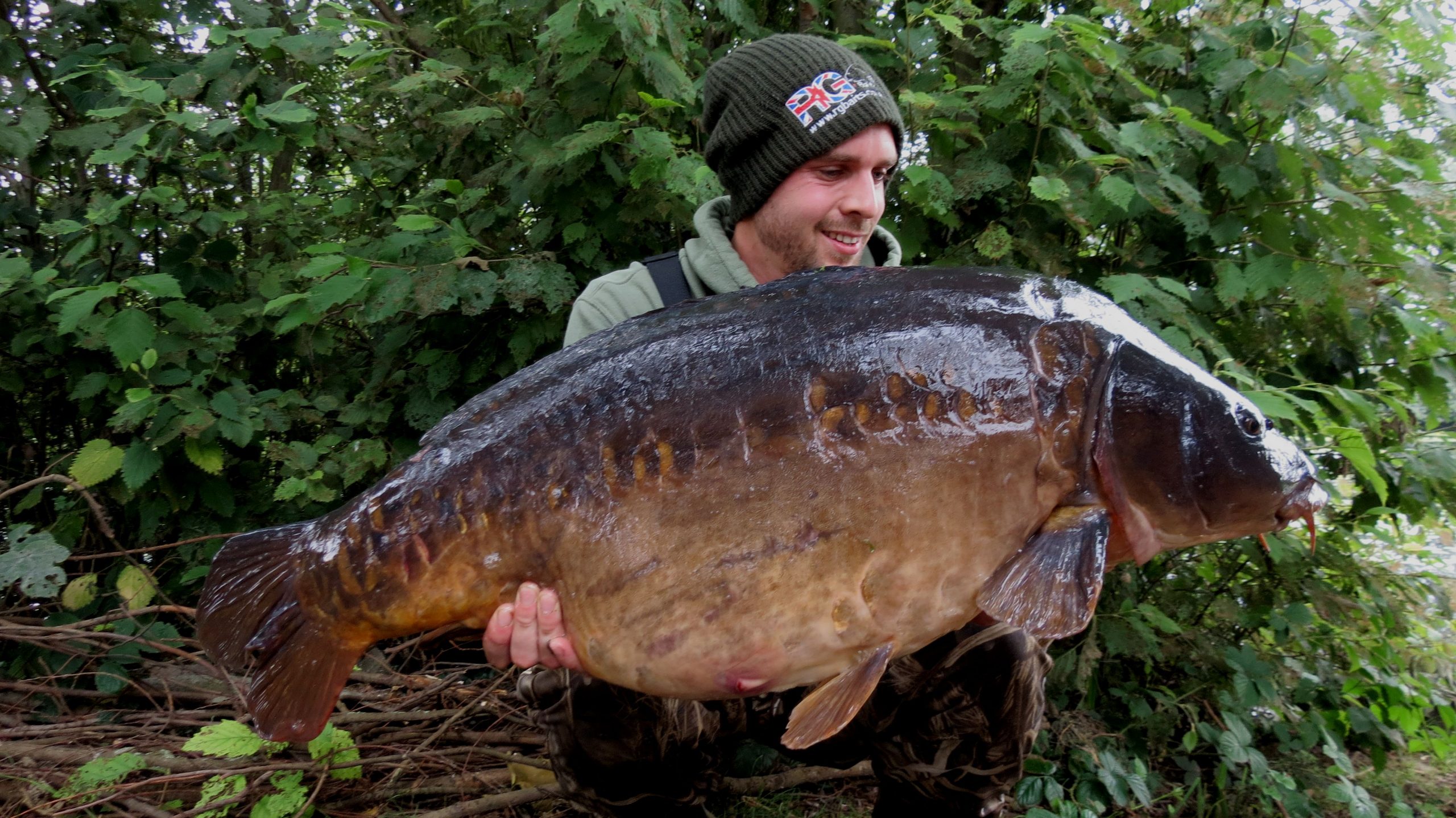 RG co-owner Greg Myles has had it off royally this weekend with a result he will not forget in a hurry! The rolling machines were put to an early finish on Thursday at the RG headquarters as a long weekend on the bank was well overdue, all work and no play becoming a much too common occurrence. Anyway the shutters were pulled down, the …motors were loaded and it was away to the syndicates.
Gregs arrival at the lake wasn’t quite as expected, rather busy for midweek meant he was left with limited peg choice, being relatively pressured he opted for the most quiet area of the lake hoping that the fish would have made the same choice. Whilst setting up it became apparent that they had and numbers of fish could be seen moving in and out of the swim. The fish were observed for an hour or so, enabling Greg to work out the patrol routes and where he would have best chance of a take. One area in particular took his fancy, a quick lead about allowed him to find a silt gulley nestled between two sets of pads, something the fish were paying extra attention to. In went roughly 2kg of glugged 15mm 365 boilie with a 15mm 365/12mm pink 365 snowman cast over the top. A few hours later and the rod was away, after a somewhat airy battle a giant ball of weed was netted, with what was to be a very special fish for Greg encased within it. As the weed was peeled out of the net Greg realised what he had landed, his main target for the year, the venues “big linear” at a whopping 37.6, setting a new pb mirror for Greg, what a way to do so with this absolute stunner, a real old warrior of a fish!
The fish comes just weeks from joining the syndicate, Greg joined the water after bagging his target fish from two other syndicates this year, at this rate it’s going to be a very expensive season on tickets alone. Maybe it did pay dividends to shut up shop early then and we’re guessing he’s all for it shutting early again, they say a bad day fishing beats a good day rolling! Congratulations on the pb and well in that man!!!