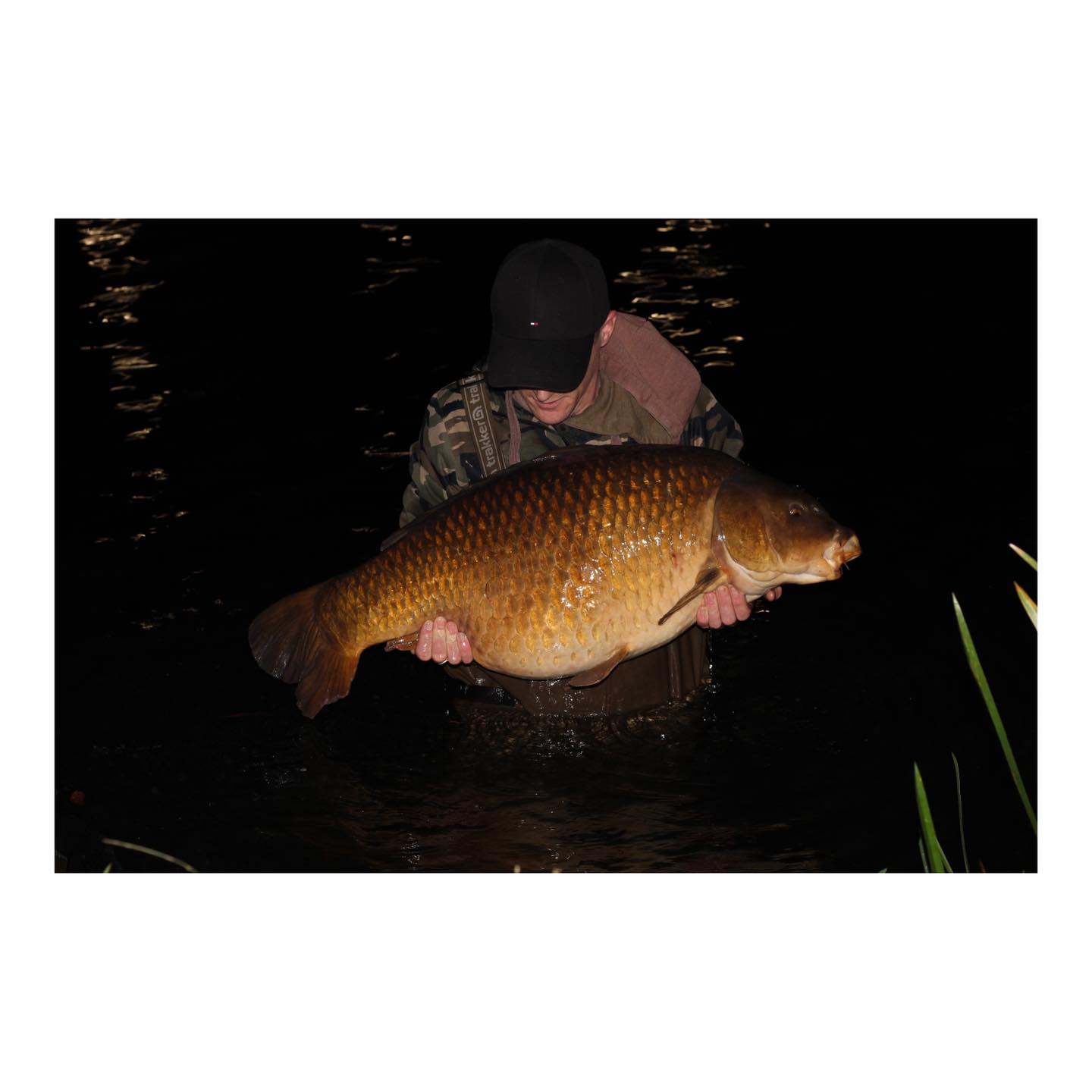 The Mothership
Having been furloughed from work, Daryl Moody manages to squeeze in an overnight before family commitments took over. Opting to fish in an area which many opt to ignore in the cold months Daryl just had feeling she would be in that area and if she was she would be hungry. Well he was right and made it know as when he bundled this mega common in the net he gave the cry out and was met by a flurry of head torches turned on around the lake.

Daryl fish a solid bag which comprised of Vita-lac crumb and a match the hatch corkdust wafter.