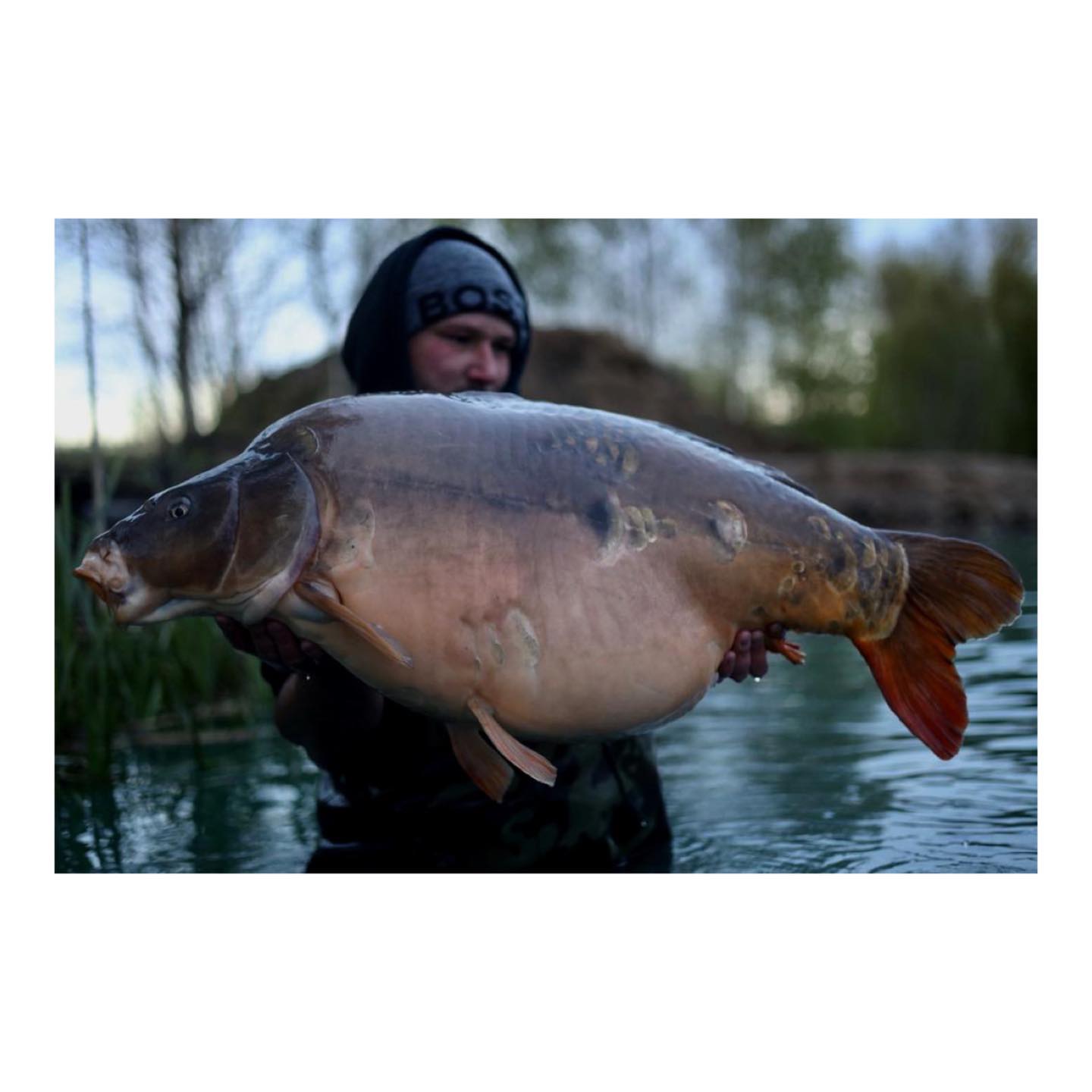 Not an hour later after slipping back the 56.08lbs of big common the same rod was away again. What happened next was something of a freak occurrence as Liam was attached to the fish that he dearly wanted in his album, the big mirror from Old Mill Birch lake the fish known as ‘Pitchers’. After what was a tense battle the fish finally gave up and Liam netted yet another beast and the second part to his 112.06lbs brace of UK carp.

Again same tactics as before which comprised of a 365

wafter presenter alongside his favoured mix of ‘The Formula +’ boilie and pellet, all glazed in the ‘Hot Shrimp Oil’.