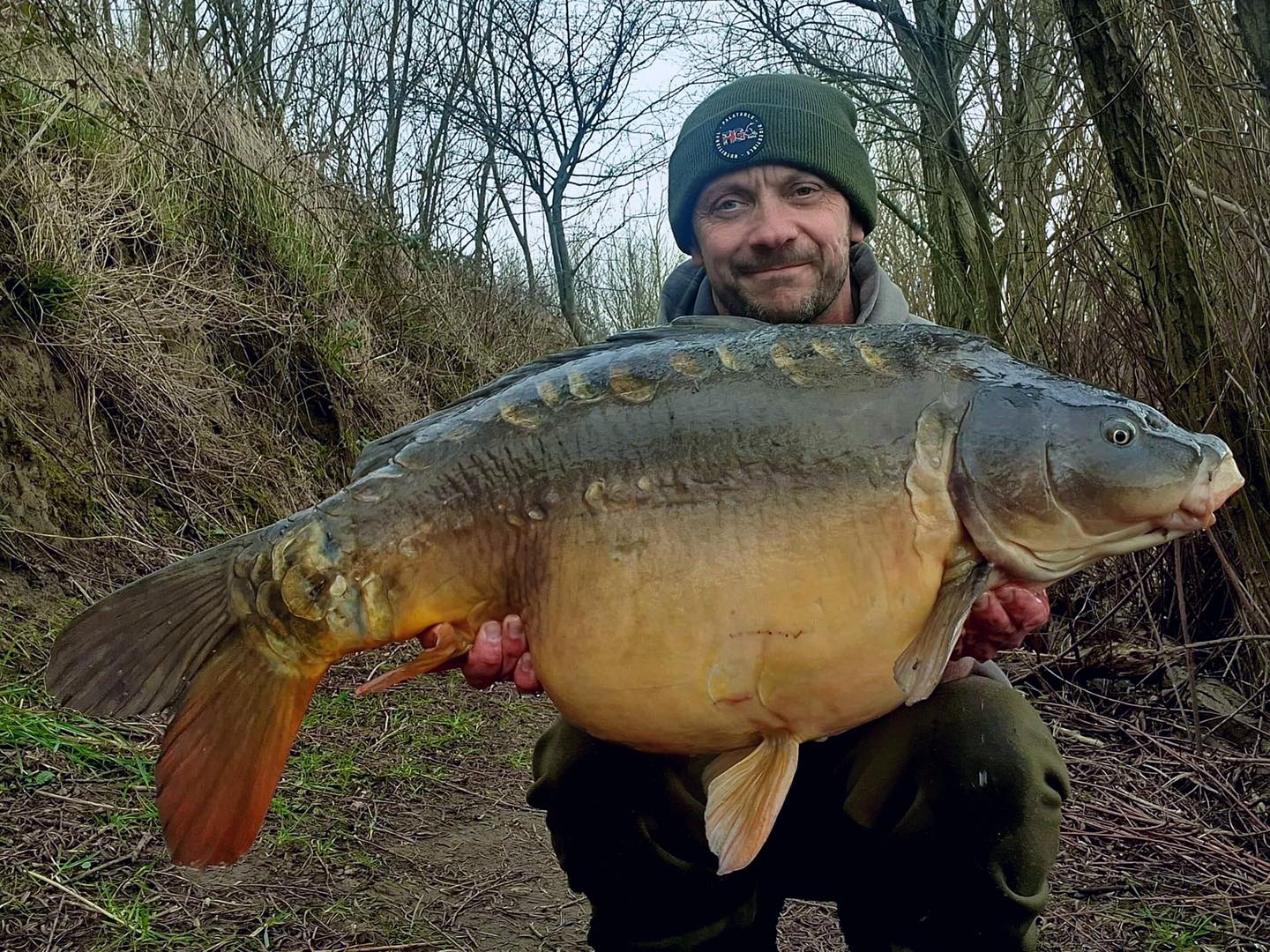 Mark Smith fishing on the Owlet syndicate had some what of a milestone for the water after what can only be described as a red letter session which included the lakes first 40lbs plus fish!

Mark went on to tempt seven fish in total which included a staggering five twenty pound plus fish along with the big girls. He used solid bags filled with ‘The Formula + Arctic Crab’ 3mm pellet along with matching boilie crumb and a corkdust wafter to tempt his quarry.