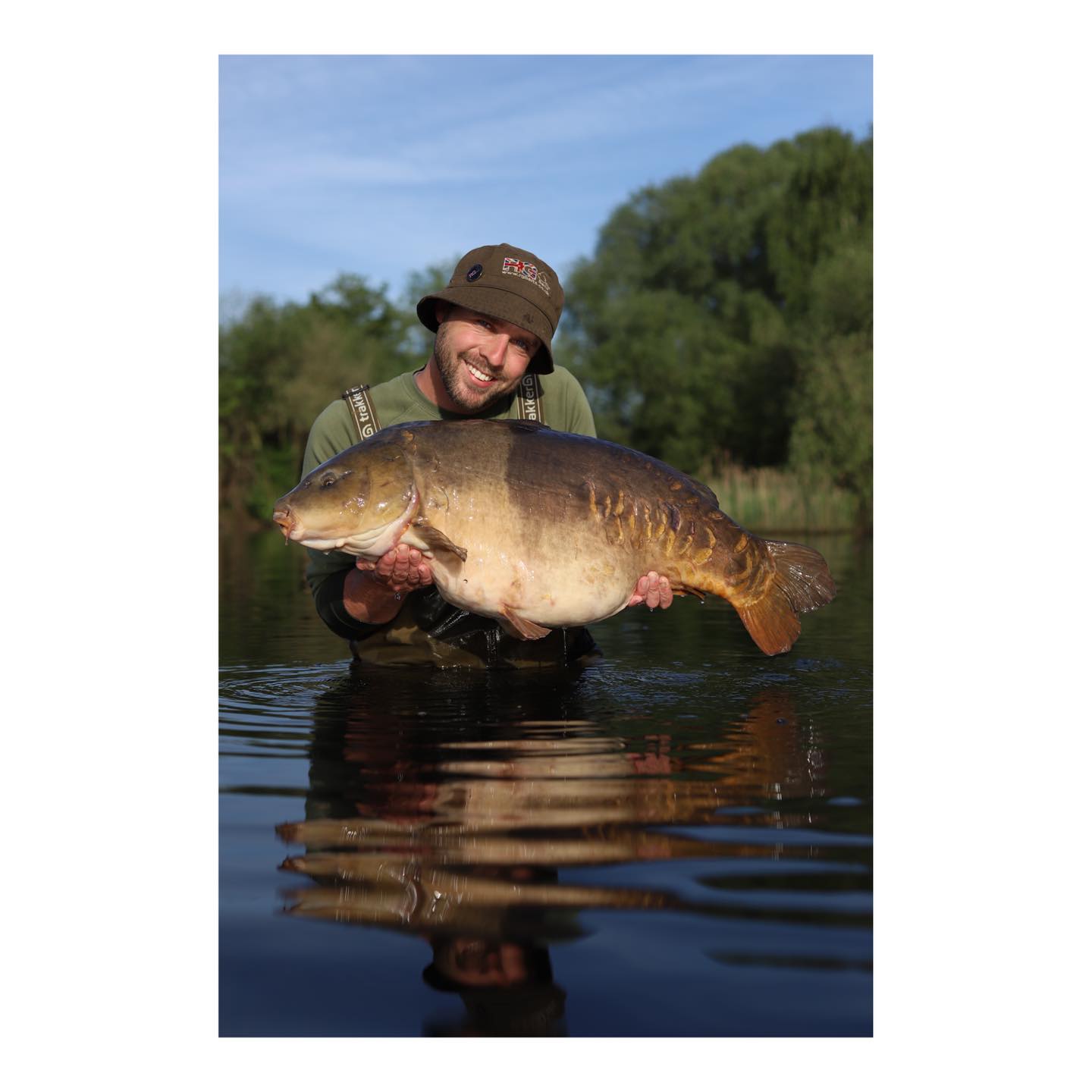 With a well earned fishing session put in the busy work schedule, RG’s Greg Myles set off to his Cambs. syndicate. Greeted with an extremely busy lake with only a single peg free, instead of joining the crowds he set off on his way to start a new campaign on one very special lake that he has been wanting to join for sometime. Opening the gate he greeted with a lot quieter lake and spent the next four hours exploring and putting a plan together. The next morning resulted in a 24lbs mirror to start the campaign. With bite time seaming to be at first light, the swim was rested and traps repositioned for the night ahead. The final morning all hell broke lose as Greg was attached to one truly amazing creature, the one that he dearly wanted in his album. A fish known as ‘Two Tone’ weighing ounces over the forty pound mark.

Greg used ‘The Formula + Arctic Crab’ that he had glazed in ‘Hot Shrimp Oil’ and then coated in ‘Maxi-Mussel’ feed stimulant powder. Presenting a match the hatch wafter over the top.