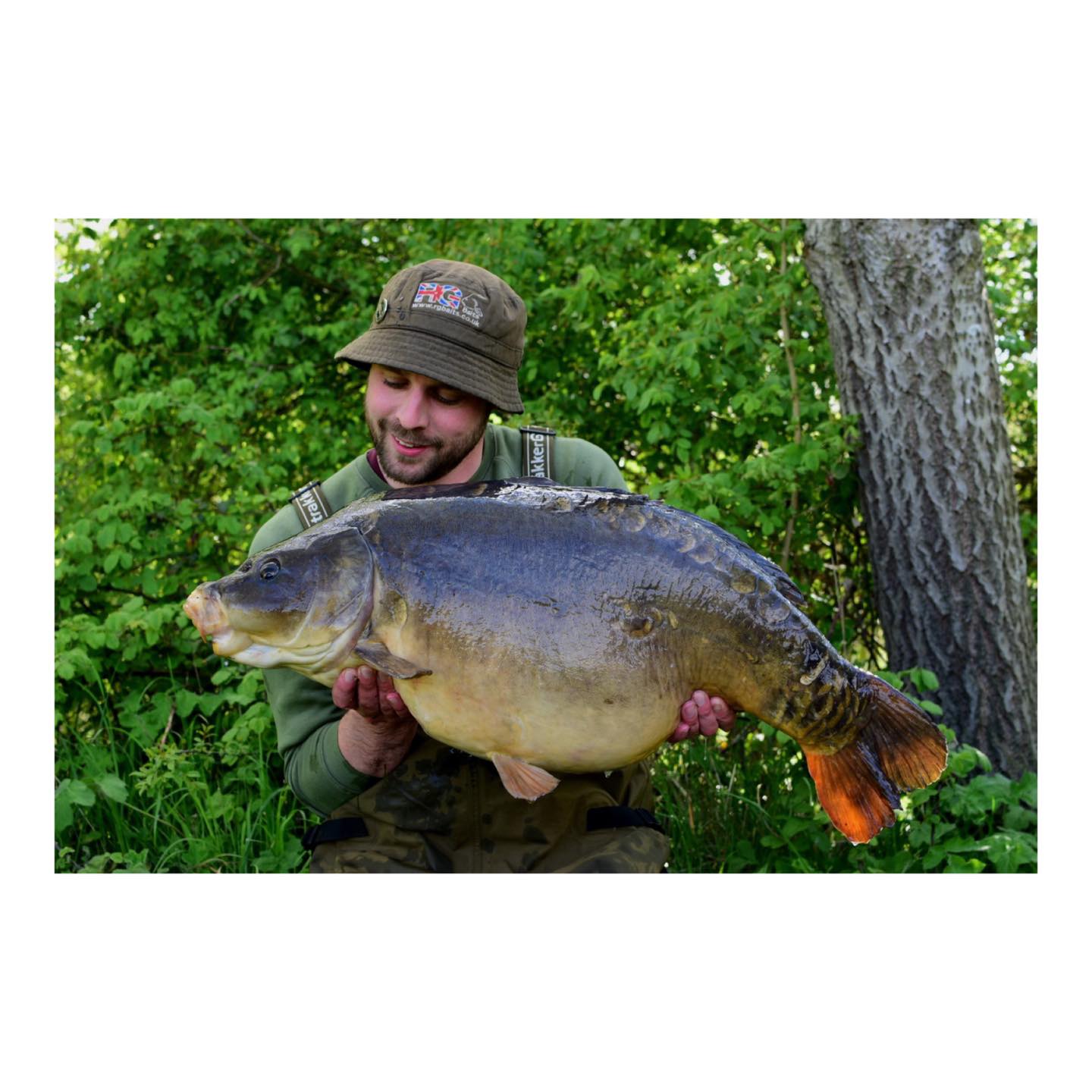 Our very own Greg Myles with his latest target capture from one of his syndicate waters. If you saw the video ‘When Opportunity Knocks’ Greg decided to drop on the little lake on his Cambridgeshire syndicate after arriving to a packed out lake, well last weekend the same happened again. He found him self arriving to crowds on the main lake but absolutely no on fishing the little lake.

Deciding after finding the fish to drop back on the same spots as last year, he deployed 3kg of both ‘Vita-lac’ and ‘The Formula + Arctic Crab’ and not two hours later he was doing battle with the one known as ‘Reggie’!