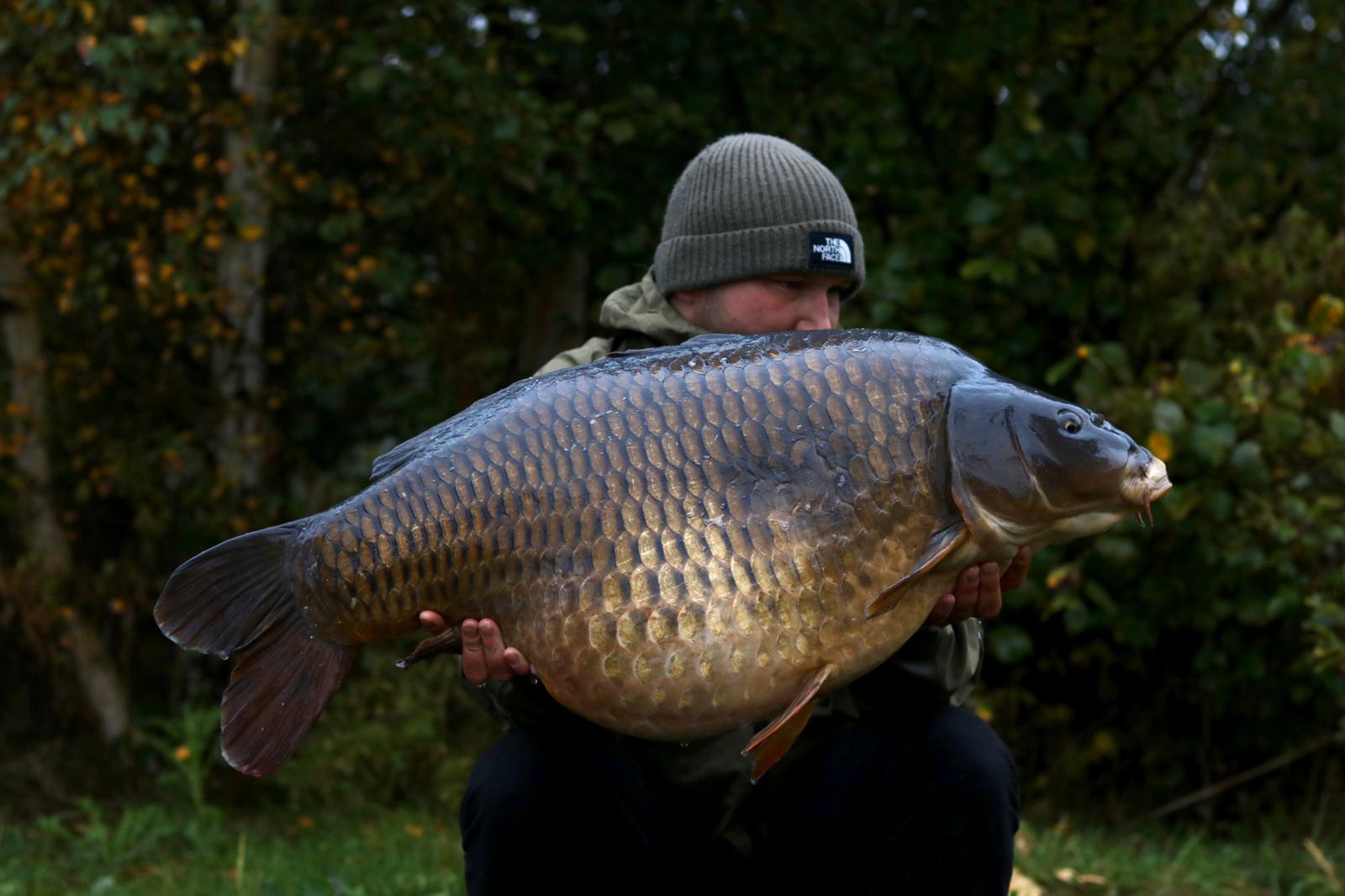 It’s been a year to remember for Sheffield angler Liam Gingell. Having banked his UK personal best mirror earlier on in the year, then returning from France a couple of weeks back with a French PB in the album. He only had his sights set on a big common on his home soil. With that in mind, he thought his best chance of that was on Birch lake on the Old Mill complex. A switch to the ‘Prime’ range was in order having had fantastic success on that particular venue in the baits testing stage. What followed was nothing short of amazing. This 48lbs brute of a common sets a new UK PB common for Liam. A big well done is in order for that man!