Off to a flyer – Mark Hogg 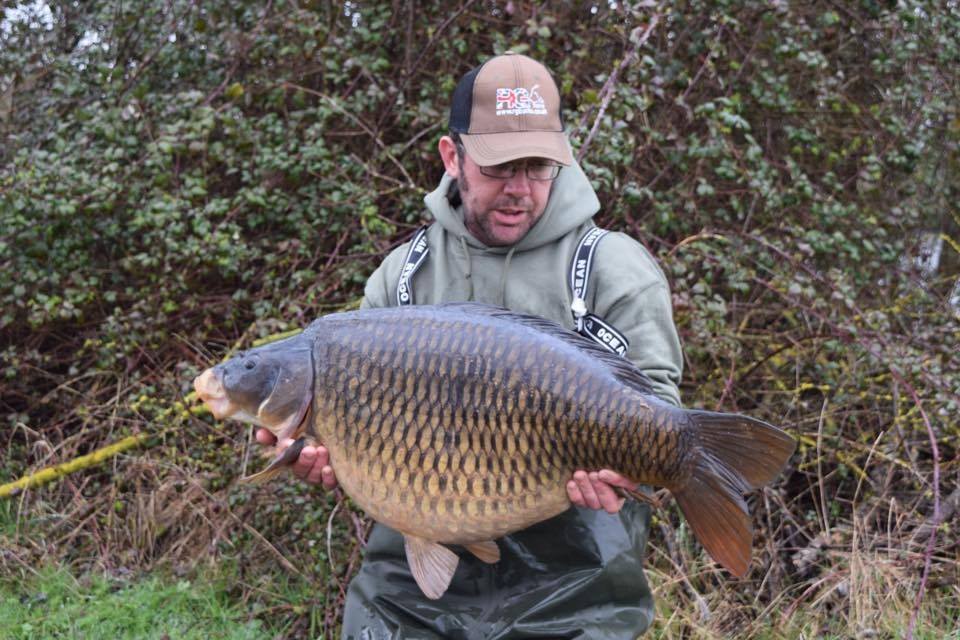 Well as you can see it didn’t take long for the fish to succumb, wasting no time in putting the bait to good use down his Cambs syndicate, Mark’s had a bit of a result on his first outing with the stuff. This absolute corker was the bigger of two commons he managed to net from three takes on his most recent session, Formula/pink 365 snowmen presentations fished over scatterings of 15mm Formula boilie proved too much for the fish to resist. The brace of thirties are a bit of a result to say the least, being his only fish from the water in more than five months, Mark tells us it was a bit of a jelly legged moment when the rod rattled off. Cracking result, cracking fish and hopefully the first of many more, well in that man!!