Off the beaten track – Tom Denton 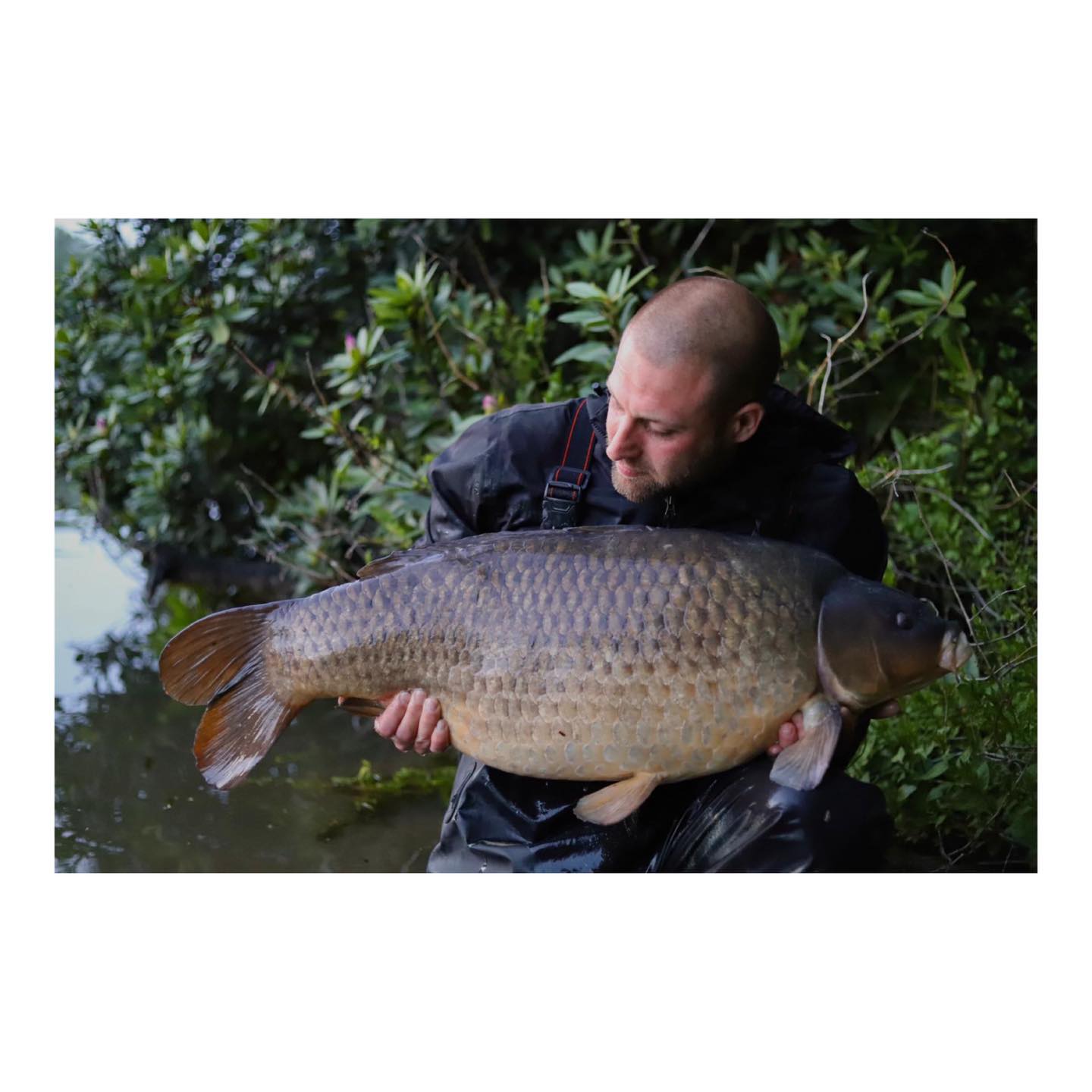 A few weeks ago Tom Denton decided to take his pooch on a little recky to see if there was anything left in a very much off the beaten track water, local to him. After fighting through the undergrowth he was greeted by a couple of rather large black shapes out in the pond.

With the lake been full of weed, Tom introduced a mix of ‘The Formula + Arctic Crab’ 3mm pellets and stickmix that he had mixed together with the matching liquid food. After a dozen trips prebaiting with the same mix. Tom decided it was time to put a rod in and see what had been clearing the spots.

After an hour the bobbin pulled up and he was attached to one angry carp. Going 43lbs on the scales it was sure worth all the time and effort that went into the capture! Well done that man!