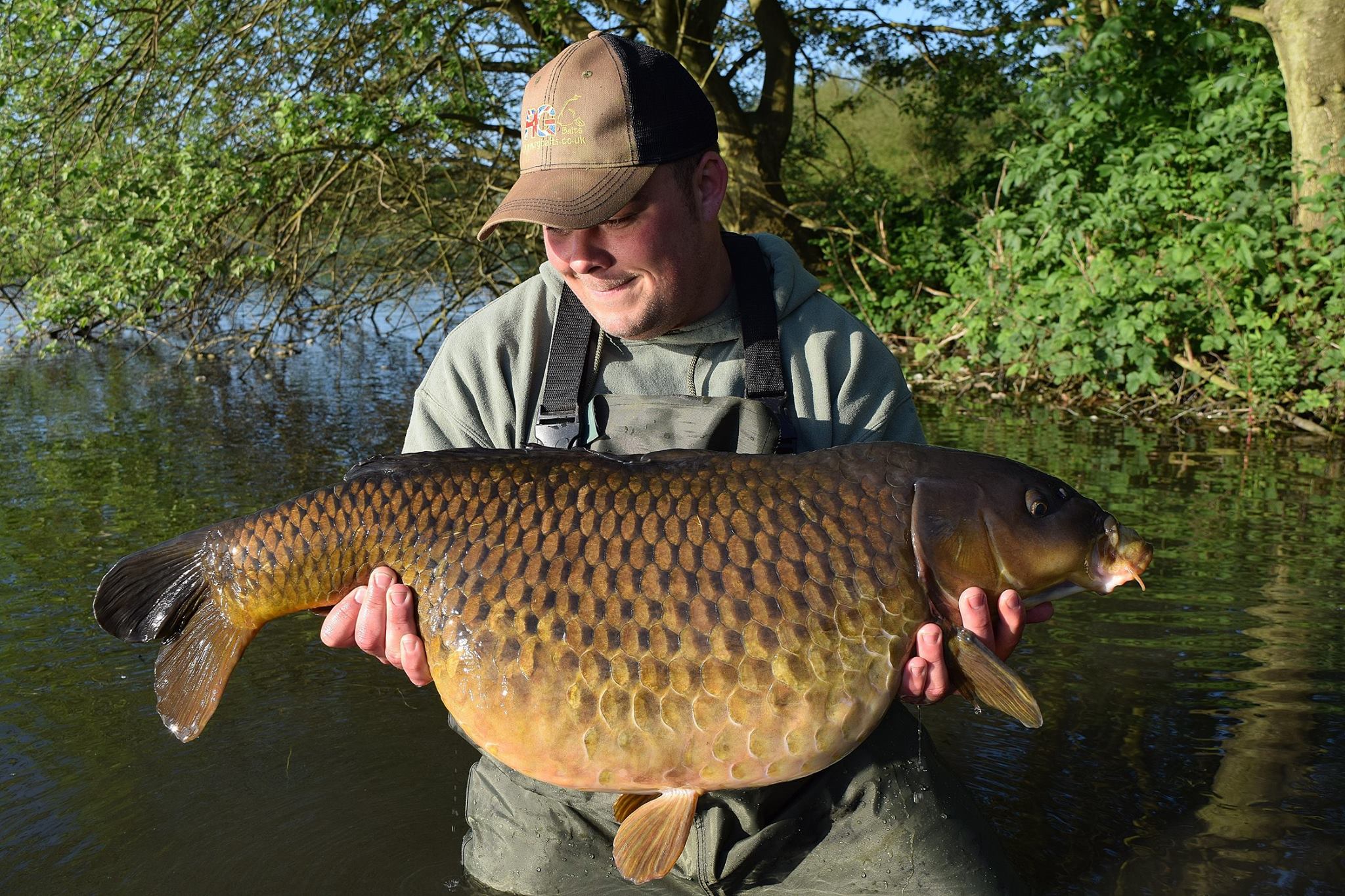 Having joined a new syndicate just a couple months back, RG user Wayne Lidster certainly hasn’t set about the place half-heartedly, getting well and truly among the big girls in a short space of time. Within two months of obtaining the ticket, the lad’s gone and bagged his target common from the water only a week after netting his target mirror and we must …say, what a common she is! The stunner of 34.9 put the icing on the cake on a recent 48 hour session where four fish were landed from five takes. Wayne used his trusted combo of Whole & chopped Formula boilie along with Formula pellet, doused generously in Pure Nema liquid to tempt the haul, in turn earning himself a new pb common. The photo kinda says it all, what an absolute peach! Well in that man!!