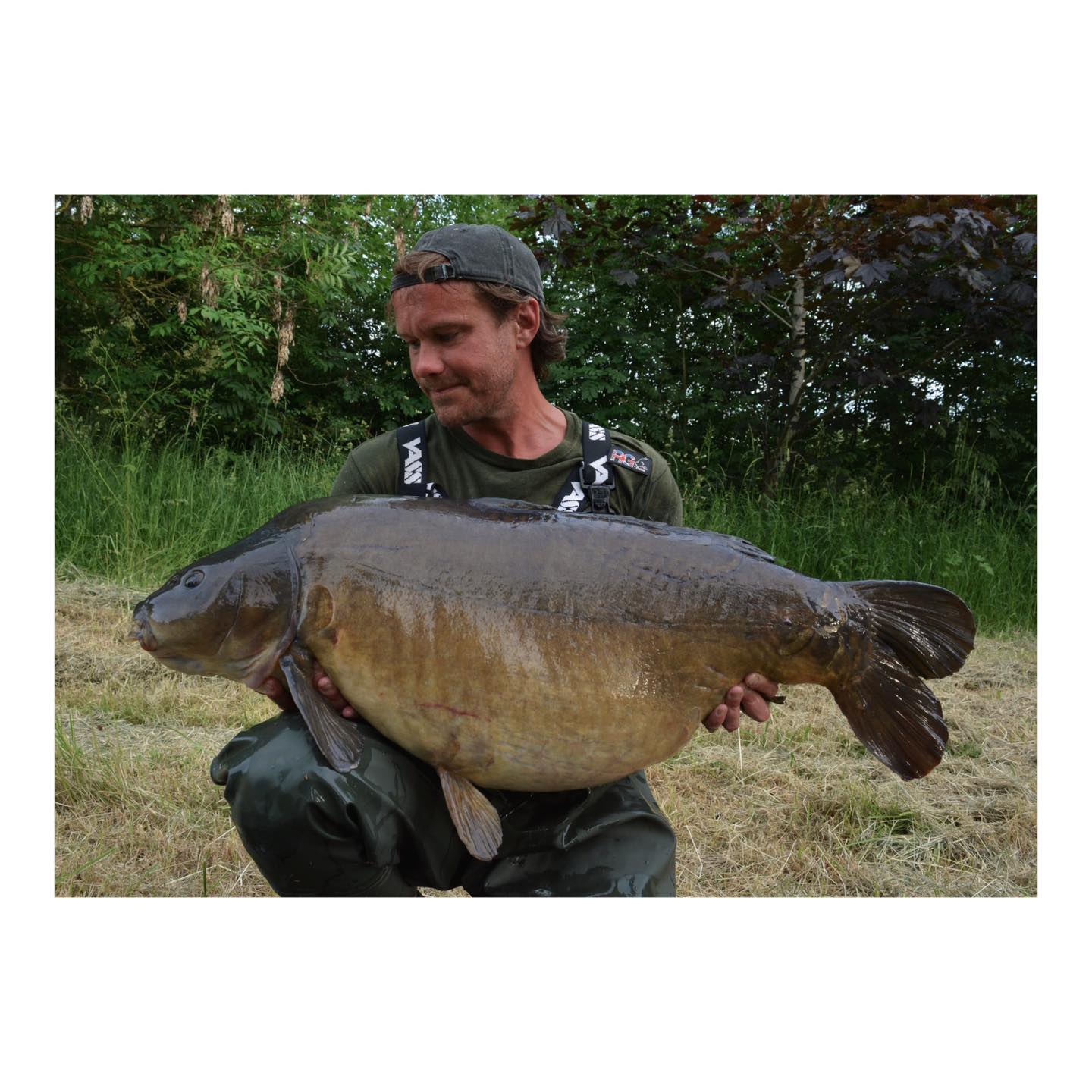 The run continues for Wayne Iszatt with another special one ticked off the target list!

Over to Wayne for the story –

Taking a late weekend, I was met with a quiet pit arriving on Sunday pm (cheers England game!). After a quiet first night, I was suspecting that the usual spots in the swim had been well hammered of late, and the Carp were seemingly seeking quiet and tucked away areas of the pit. So I took a gamble to pack up and stalk off the barrow for the day yesterday instead.

Finding a group of females, who I think had grouped up to get away from the males, and still looking uninterested in spawning, the pursuit was on. Several hours later of lugging all my gear up and down the banks in the heat, just trying to predict a feeding opportunity and get a trap set in time, and missing a couple of chances where they fed on the free bait, I was starting to flake in the heat, but decided I would have one last go in an area I had seen them heading to last.

With a nice cooling breeze picking up into one of the corners, it was looking bang on, and I was on it ready and waiting this time, guessing they might venture in on the ripple. They did, a group of 4 came into view and the big one went bull dozing straight in on the bait, which I suspected from her frame it was the big mother Moonscale, and was the same fish I had feeding on the spot earlier that day and had been trying to keep up with. The others then dropped down to feed. Not risking being seen, I shrunk back into the foliage and sat next to the rod, and besides, I could hardly watch. Less than a minute later, the rod tip bent round, and on picking up the rod she didn’t bolt, she just came up and swam right past me just 3ft out, almost in slow motion, shaking her head, and I nearly managed to scoop her straight up! But then I got to feel her raw power, and knowing then what I was attached to, a long, intense and arm aching battle ensued. But luck was on my side, and I finally had her safely netted and ready to have my photograph taken with her. Definitely my most exhilarating moment stalking to date. 45lbs 7oz from under the rod tip. Buzzing!!!