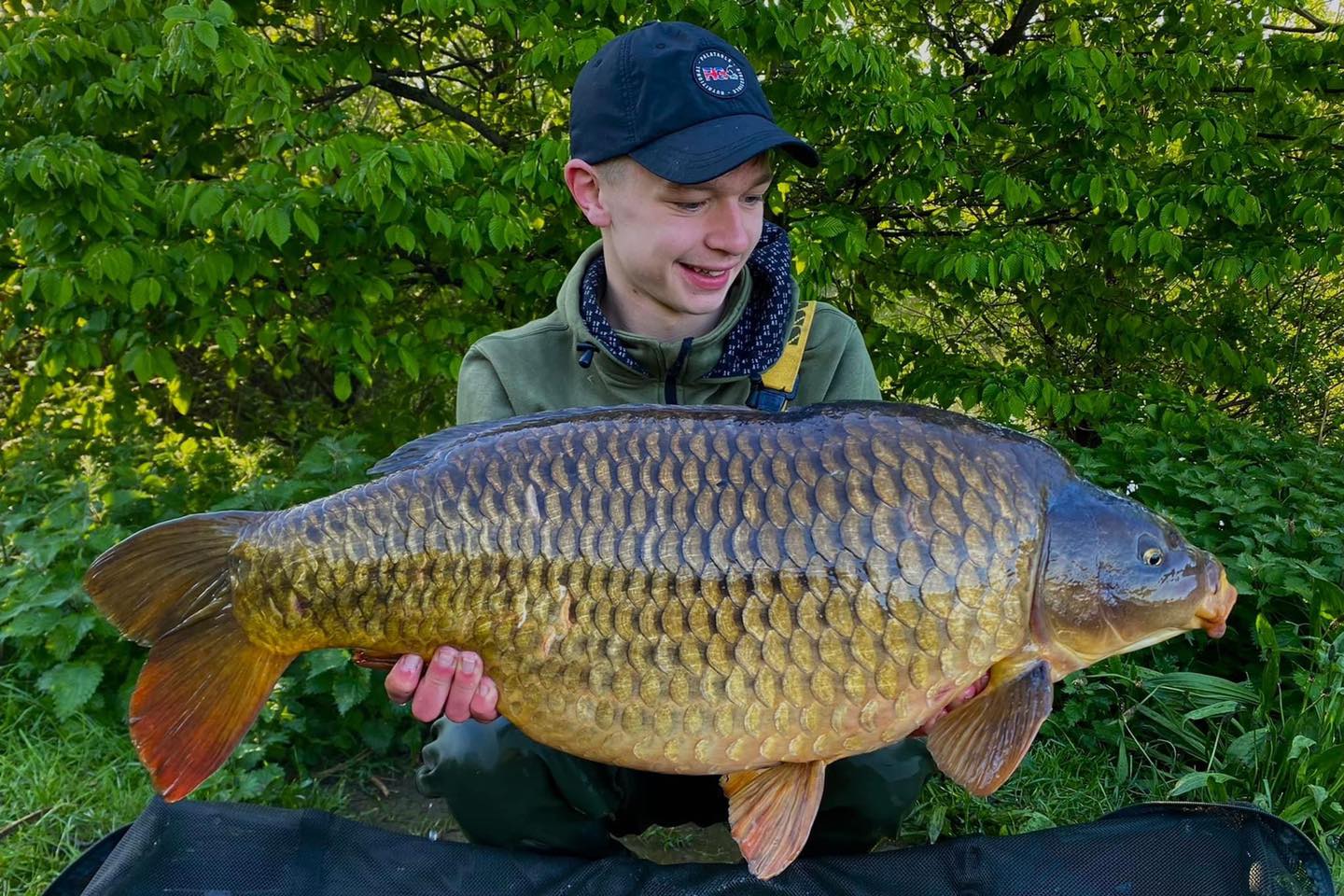 A three night session on ‘Ladywood lakes’ at Mirfield couldn’t have gone more to plan for Jae Roberts. Having cut his teeth down on w local park syndicate, a weekend joining to crowds and putting what he had learnt was to be put to the test.

’ hookbait amongst a scattering of ‘The Formula + Arctic Crab’ and ‘Vita-lac’ boilie resulted in a session he won’t forget. Five fish in total which included two doubles, two twenties and a new personal best in the form of this stunning common breaking the thirty mark.

We would like to say a massive well done to Jae, from all the lads at the factory!