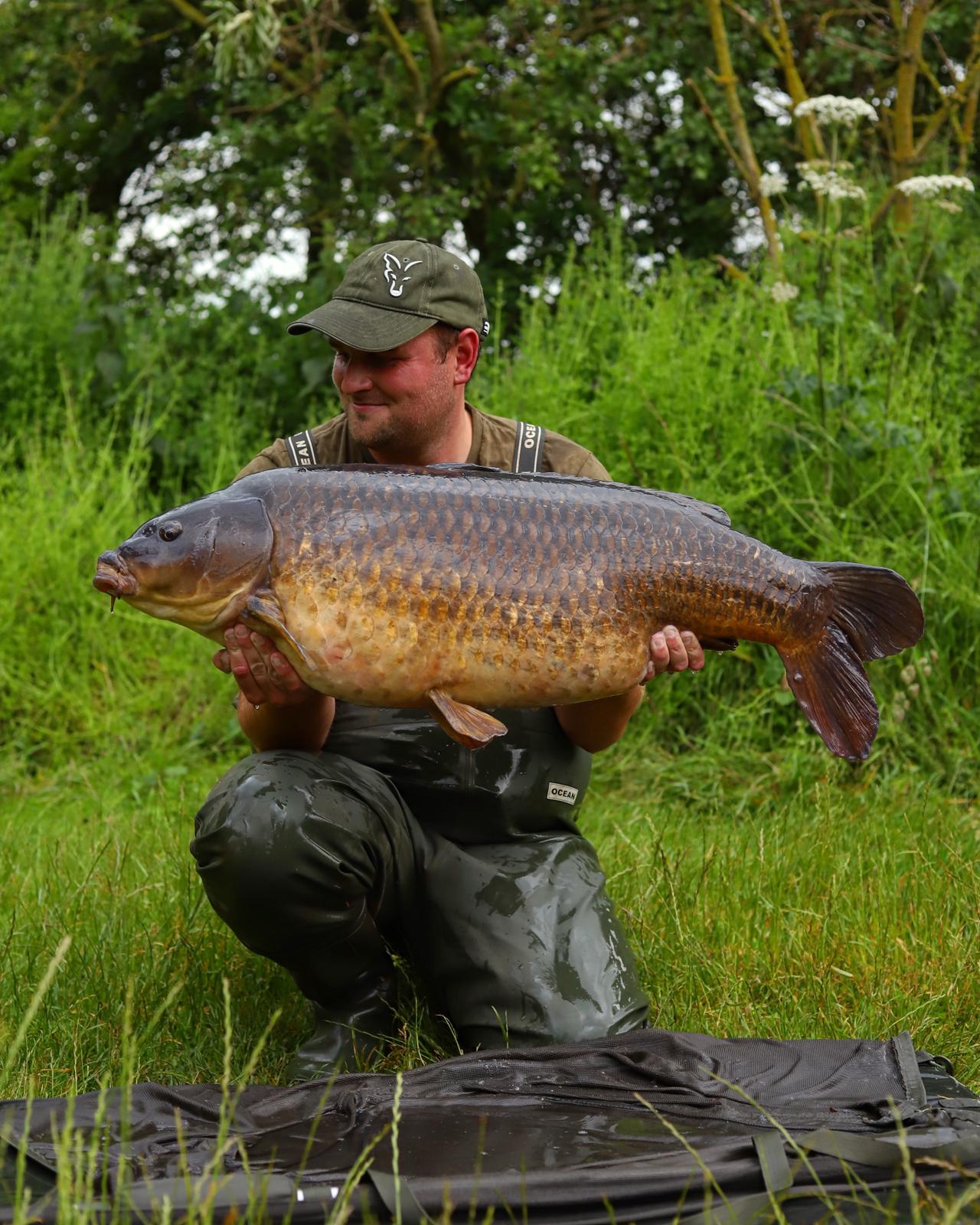 As you can see it is fair to say why recent convert Lee Griffin was blown away by his latest capture. Having arrived home after work, Lee made the effort of getting down to his syndicate water for a short afternoon session even though the heavens had opened and was raining cats and dogs, but sometimes you just have the feeling and have to act upon it. It was just reward after effort in this case ment success, the bite came and after a nervy battle resulting in tangles and getting snagged, the fish slipped over the cord and he was rewarded with the ‘Long Common’ at a weight of 45.10lbs. The Smile certainly says it all!

Lee’s chosen bait is the ‘Vita-lac’ and the ‘Primary’ pop-ups and over recent weeks he has been putting them to good effect.