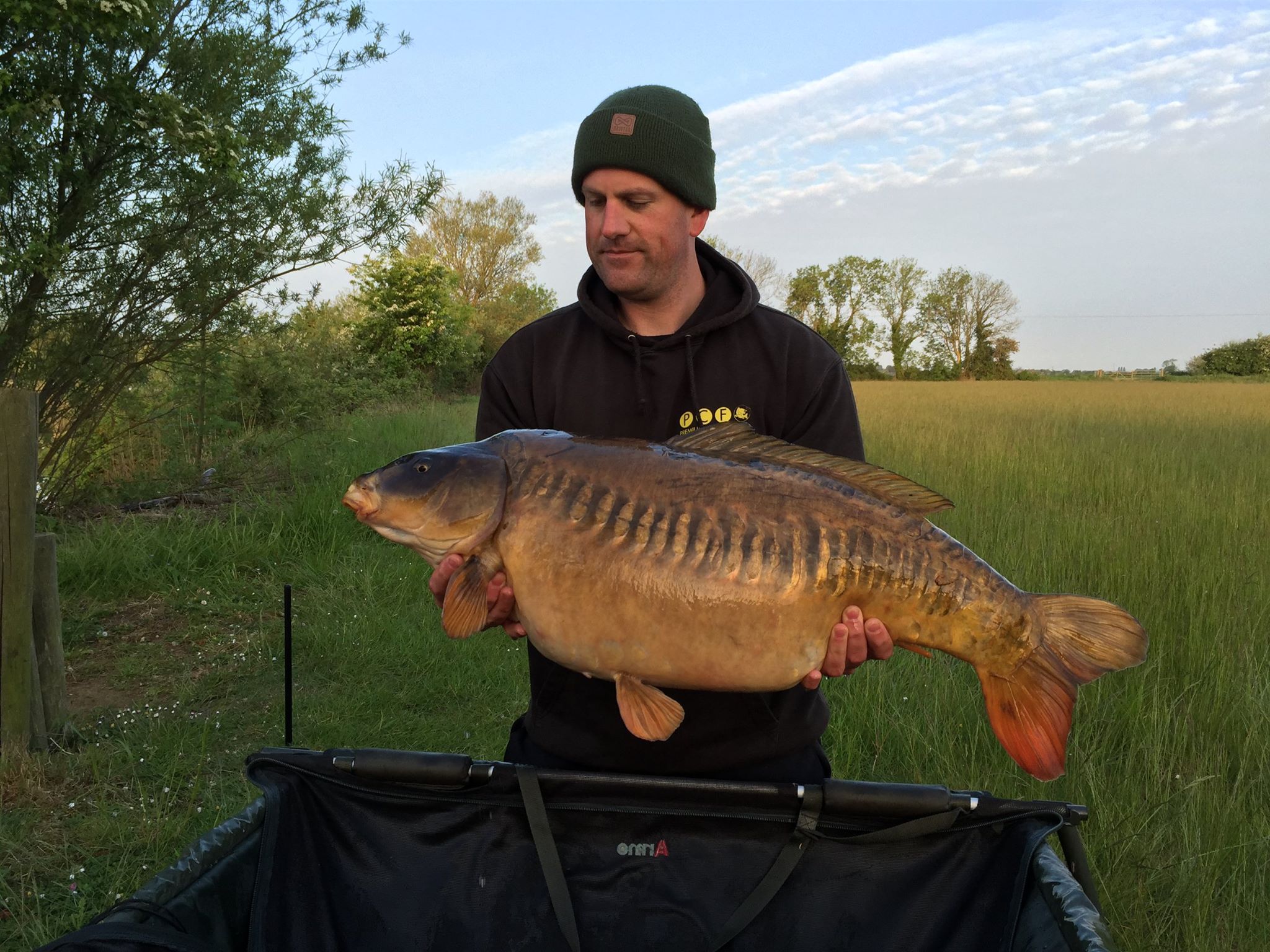 After calling in at the RG headquarters on Friday to collect an order, James Howard headed to his South Lincs syndicate to spend 48 hours of his bank holiday weekend behind the rods. Evident from the photos, the session obviously went to plan, two fish to show for his efforts with the pick of the bunch coming in the way of what can only be described as an epic creature! The cracking linear took the needle to 37.4 and was caught on a 15mm Formula pop-up fished stiff hinge style over a spread of 18mm Formula boilie. The fish is a result in itself to say the least and hats off to the captor, what’s more it was James’ first ever outing on the RG so as you can imagine confidence is now sky high, yet another addition to the list of Formula victims and a big well in that man!!