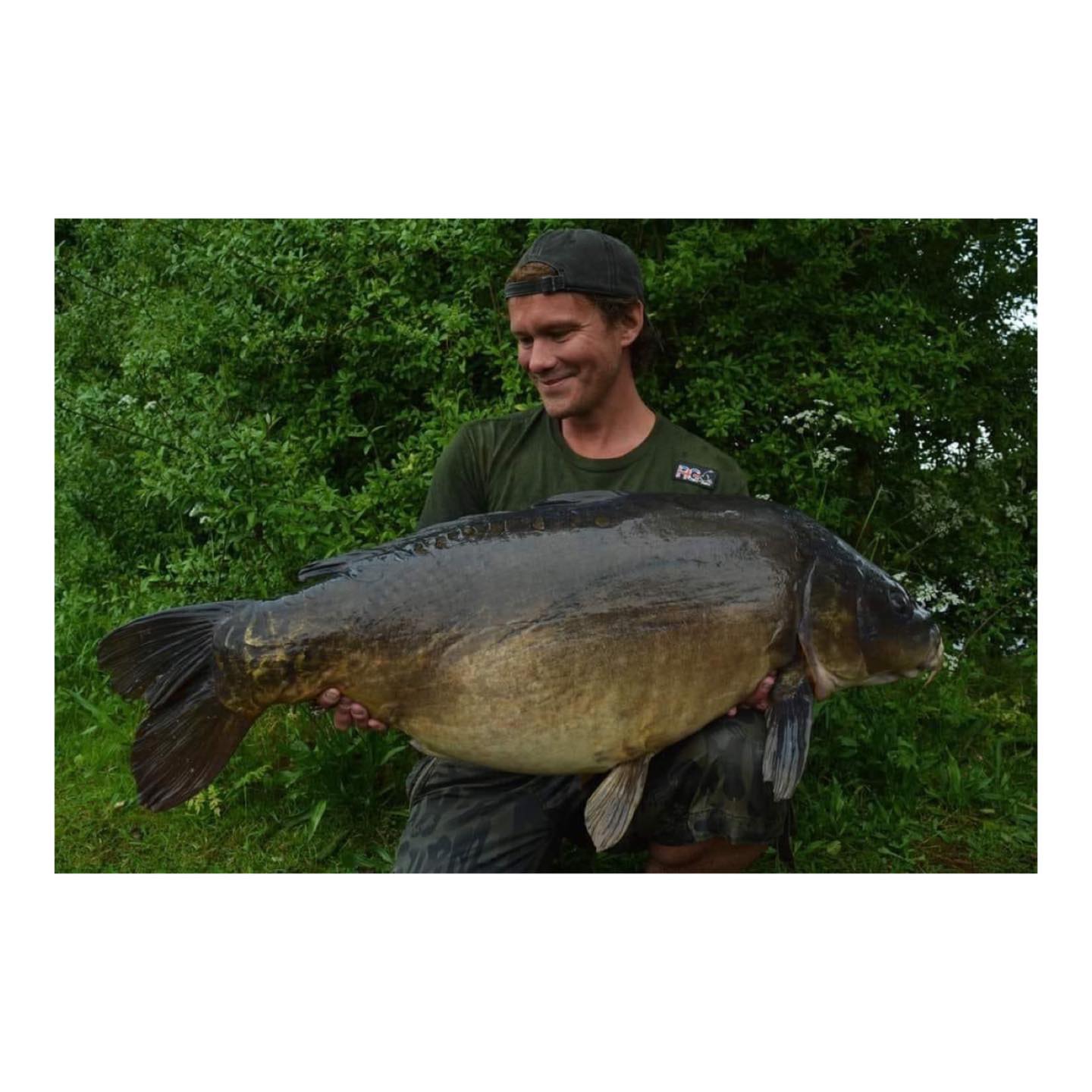 Wayne Iszatt went on to tempt one of his target fish for the season in the form of this incredible creature known as ‘Brushstrokes’. Weighing in at over 46lbs it set a new personal best for him and is certainly deserved due to the effort Wayne puts into his angling.