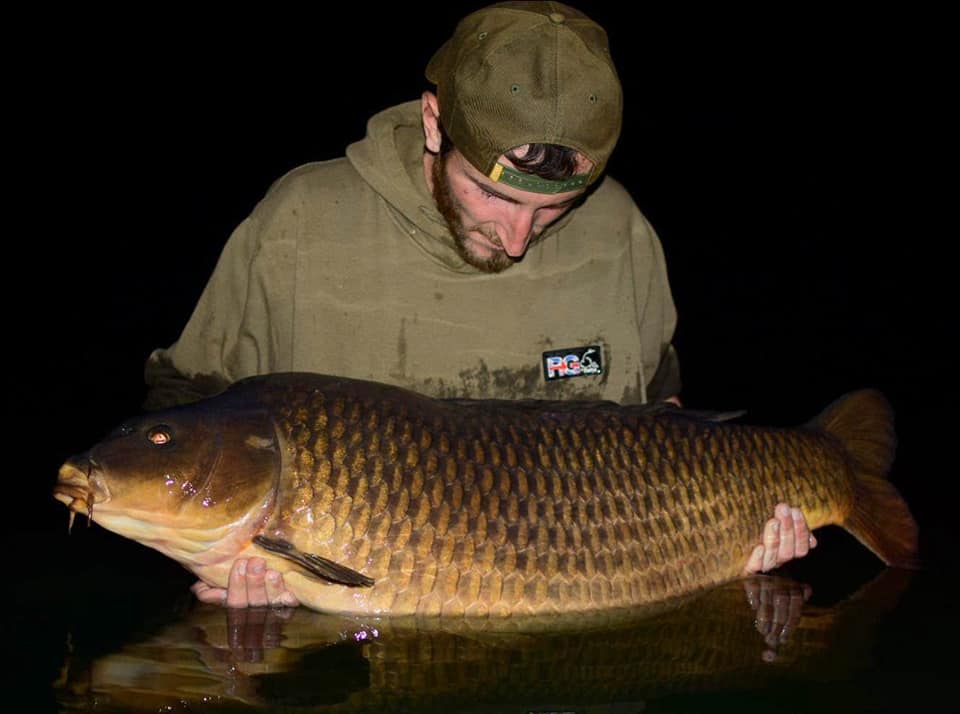 Three years in pursuit, over two hundred and fifty nights, sixty fish with a few recaptures thrown in for good measure. Finally the planet align and Ash Whitham captures what has got to be one of the best looking commons in the country. This Nottingham leviathan has pushed through the ranks in recent years and now is fast becoming a talking point amongst the seasoned anglers of the North. Weighing in at exactly 45lbs, it is true to say this is one special fish. Ash tempted the fish known as ‘Stalker’ on his favoured The Formula Red & Plum approach fishing a homemade pop-up over the top.
We would like to take this opportunity to congratulate Ash for both capturing his target fish and smashing his personal best out of the park!