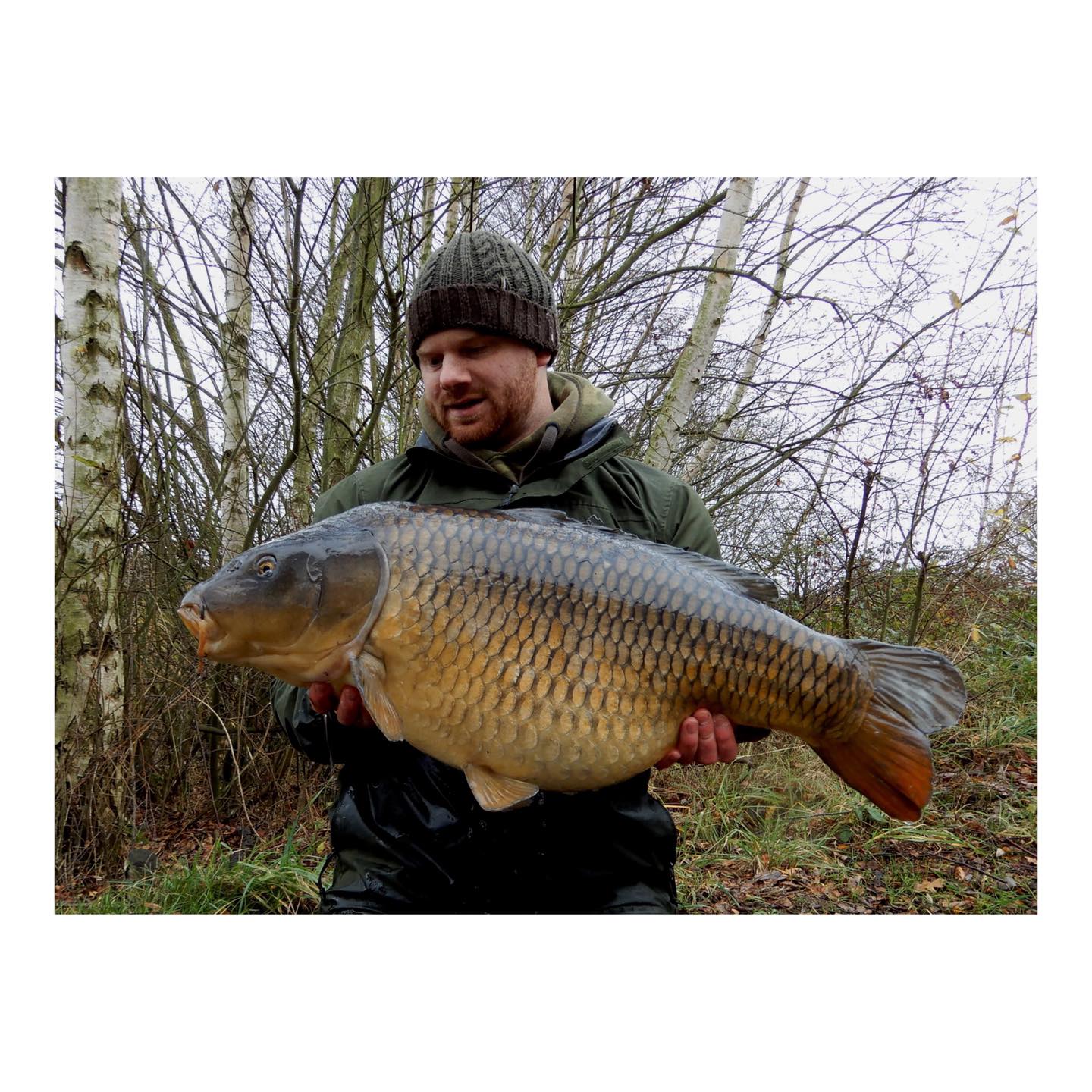 Brad Travers made the effort a few days before his session to get down the lake and pre-bait a spot and it was certainly worth the effort.

Brad trickled in some free offerings in the form of ‘The Formula + Arctic Crab’ that had been glazed in ‘Hot Shrimp Oil’ and ‘Maxi-Mussel’. A couple of days later he arrived for his session and cast a single ‘Current & Spice’ popup on the spot. Shortly after the alarm sounded and Brad was in, but on playing the fish he lost his footing and ended up sitting pretty in the freezing cold lake, luckily the fish was still on and went first time into his net. It turned out to be the big common and after a couple of snaps of either side, she went swimming back. Brad quickly packed up in order to get home and get warm in front of fire.