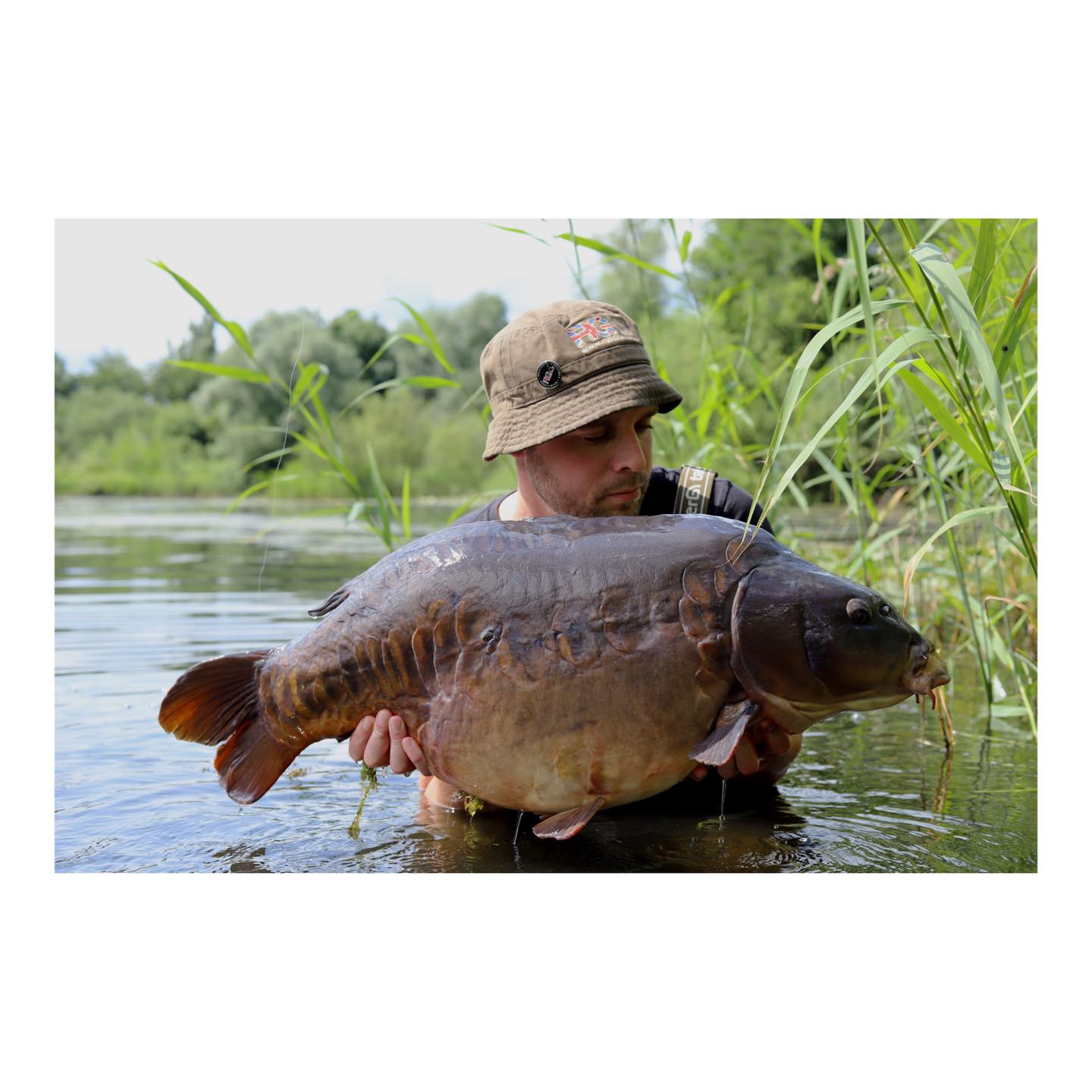 With a night at his disposal, RG’s Greg Myles headed two hours down the A1 to his Cambridgeshire syndicate. Arriving at dinner time, a lap of the lake was in order to see what swims were available and to put himself on some fish. Time was ticking, with another three hours passed getting his traps in place.

The next morning the carp arrived late and just as pack down began, a bite was signalled and the rod hooped over! On the end was a A teamer known as ‘Crater’ one that is high up on Greg’s list of captures he wanted from his new syndicate water.

A spread of ‘The Formula + Arctic Crab’ boilie, soaked in ‘Hot Shrimp Oil’ and coated in ‘Maxi-Mussel’ amino feed stimulant powder brought yet another fish for Greg on his new adventures. He’s certainly practicing what he preaches that’s for sure!