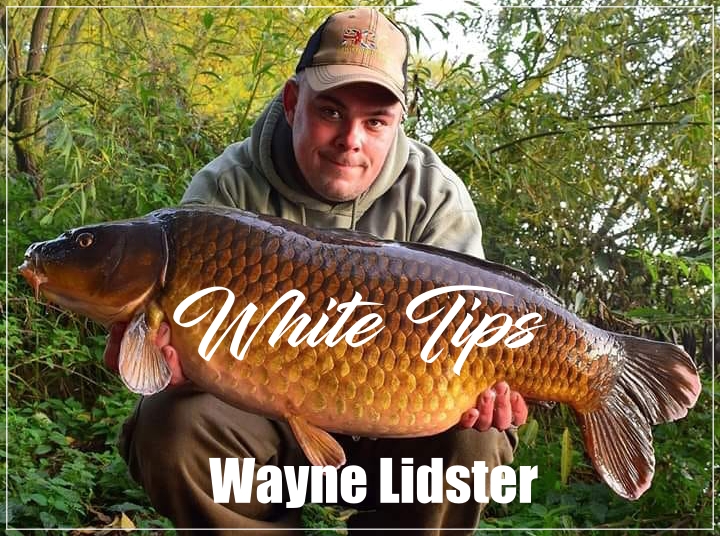 The water I was fishing is a 40 acre reservoir dating back over 200 years old with some stunning fish residing within its depths which range from a few inches to over 28 feet at its deepest. Its water can be gin clear depending on the weather and with this the weed can be really dense from the bank upto 70-80 yard out yard out.

I want to talk about elusive fish, the ones that rarely see the bank and go on the missing list or the “Oh its long gone” list. I heard a phrase many years ago that has buzzed around my head since “If you do as everyone else does then you will only catch what everyone else does”. Sometimes its hard to go against the grain when people are doing so well using the same rigs, baiting patterns or even bait but then we shouldnt expect the fish that has eluded many anglers nets and cameras for so long to by chance end up taking ours that is a replica of mateys next door. Having said that I did keep 2 rods on a big baited area for the majority of my season and just committed a single rod to go against the grain and try to catch one of the hide and seek champions, especially a long common called “white tips”.

Having fished the water for a month or so I noticed the majority fished over beds of particle with good success but over time it became apparent that the same fish was falling foul to this tactic. Now don’t get me wrong I adopted this approach over 2 rods and had great success over it including a mirror of 32.8lb and a common of 34.9lb which truly is a stunner known as the Scruffy Common. This common plays what I believe to be a major role in the lack of captures in a certain fish called the “corporal common” or “white tip common” depending on who you ask. The Corporal had only been caught twice in its history the last being nearly 4 years ago at 31lb+, After seeing it twice in the water at opposite ends of the lake with only 1 fish for company each time and that fish being the scruffy common which comes out fairly often to say the least I was convinced this fish was beating the Corporal to the hookbait everytime due to its greedy nature! I believed this because the scruffy would come out sometimes 4-5 times a month and after having the eating machine for a second time I was sure I was getting close to the “Corporal” but felt a tweak was in order.

I had seen the White tips of the corporal show a few times in one particular area which I believe holds a good head of fish the majority of the time so I decided I would concentrate my efforts on this area if I had nothing else to go on. This area is near enough the centre of the lake which is always a good bet if you have nothing to go on. I found a firm silty spot at over 100 yards with a nice clay area adjoining it, I decided to fish the firm silty area due to the naturals living in it and believing the fish feeds there on a regular basis.

My rig choice was a standard Snowman setup formed from 10 inches of cocoon incorporating a size 5 fang twister with a rig ring adjacent to the barb with half of a 18mm Formula boilie topped with half of a white 365 pop up so as the setup was critically balanced as to fly further back into the underslung mouth of the “Corporal” therefore giving more chance to prick the fish`s bottom lip. I needed a hook that would turn fast this is the reason I opted for the fang twister as it turns fast and buries deep, I made this more aggressive by angling some shrink tube at an acute angle hoping to nail the fish before it knew anything was amiss.

For my bait I went with the same bait I always use, The Formula from RG baits along with their 365 pop ups. Bait to me is key! If you have confidence in your bait it’s a huge box ticked which allows you to focus on other aspects of your angling. For the baiting strategy I decided I needed to avoid big beds of bait as the scruffy common was just too greedy and maybe the Corporal was just too shy, I needed a mouthful that hopefully the Corporal would get to before the eating machine did so I opted for a 2 bait stringer that maybe would be enough to tempt the elusive fish into one mouthful.

Arriving at the lake Friday afternoon I had 2 nights ahead of me so decided to fish 2 rods to a firm silty spot I fished in previous sessions with a few kilo of the formula around the area, For the 3rd rod I fished half a 18mm formula bottom bait topped with half of a white 365 pop up along with a 2 bait stringer of 2 18mm formula boilies to the silty area I had previously seen the Corporal show.

Being happy with the cast and the area I decided I would leave this rod till it either rattled off or hometime, whichever came first! Throughout that weekend I caught a few upto mid 20s off the baited area but the 2 bait stringer left untouched, not a beep from the alarms registered but still I was adamant it was fishing for me. It wasn’t until 1am Sunday morning I was sent clambering out of my humble abode bleary eyed and barefooted racing for the 3rd rod. I leant into it and was met by a powerful fish taking line on a tight clutch until the tension became solid and motionless, I tightened as much as I dare and steadily tried prizing the fish out of the massive weedbed it had dug itself into but after several minutes it became clear I couldn’t budge it so I decided to put the rod back onto the alarm and sit nervously on my hands until something occurred. After what seemed like forever I decided the fish was more than likely gone as I had not received any inkling to say otherwise so I picked back up the rod, tightened down and started walking backwards on a tight line then the rod tip started doing the dance as

the line grated through the weed for a few minutes then a kick and the fish was free giving me hope that I may land it yet . All the while my mind is racing as I believe the density of the weed may have damaged the line. After a few more minutes I had the fish clear of any weedbeds and now it was fighting like a demon, giving no sign of it tiring. I patiently played the fish until a tail in mid battle got lit up by the moonlight and my knees started knocking and nerves jangling! Im sure I just saw a common`s tail with a distinctive white marking on its tail, The next few minutes are a blur but all I can remember is slipping the net under a well proportioned common and the last thing entering the net lingered for a moment on the net cord to reveal its white tipped tail! YESS! Peering into the net I was met with possibly the best looking common I have seen in the flesh, A long lean common with a underslung mouth and white tips on its huge tail. I slipped it into the retention sling and onto the scales where it went bang on 30lbs but the weight was irrelevant with such a creature. I kept her in the sling for a few hours until daybreak but I couldnt close my eyes let alone sleep so I just sat on a bucket staring at the sling until the sun came up.

Being on my own I had to do self takes which turned out pretty well and suprisingly the fish behaved for such a rare visitor to the bank. It just goes to show going against the grain really does pay off. I was lucky to get it so soon but then again fishing really is a game of luck the majority of the time. Thanks for reading! Tight Lines! 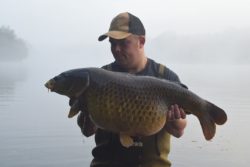